When we looked at educators' grading and feedback, course admin, and curriculum pain points, we noticed consistent differences in resources for those teaching at scale versus instructing smaller classes. This leads to those in smaller courses having other concerns over manual grading, struggling with technological challenges in the curriculum instead of pedagogy, and feeling disproportionately burdened with the increasing student-to-teacher ratios.

Slowly textbooks have lost market share as teachers create, customize, and adopt Open Educational Resources (OERs). Others have turned to paid platforms such as Zybooks or even digital tools created by those same textbook publishers. Looking at the distribution of reported resource usage, OERs were used to deliver course materials by a significantly higher proportion of respondents than paid resources. 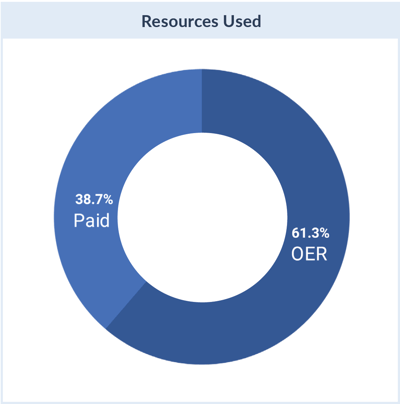 9.5% of respondents reported using paid resources alone, while 43% reported using only OERs. 47.6% of respondents indicated that they utilized both paid and open educational resources to support their course-delivery. This large subset could be indicative of teachers’ desire to customize content—52% factor in “ability to customize course materials” into their tech decisions (Top Hat, 2018). Most paid services which make money on the content itself do not allow editing, making OERs the more flexible option. 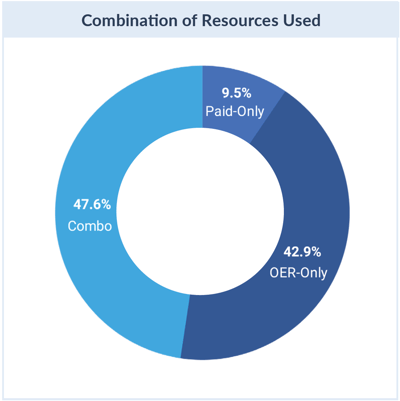 The majority of instructors teaching-at-scale used only OER materials. 95% reported using OERs alone or with paid resources. According to the survey results, teachers with smaller class sizes are more than twice as likely to use paid resources only. 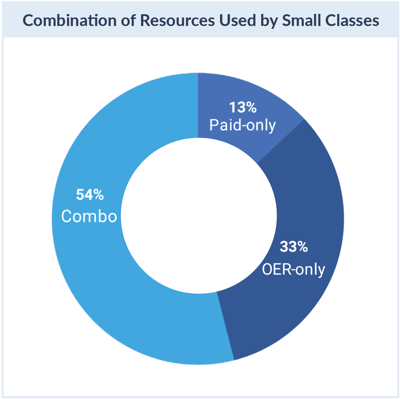 Strikingly, of small class teachers, 33% reported using only OERs. The higher percent of paid resources (67% compared to 44%) could be due to several factors. Those teaching smaller classes might be at smaller institutions meaning that instead of teaching multiple sections of one course, each course they teach could need individual prep. This would exponentially increase the amount of time these teachers would need to curate and customize OERs, making off-the-shelf content appealing. Alternatively, these small classes could be highly specialized—making the availability of OERs much lower for those topics. 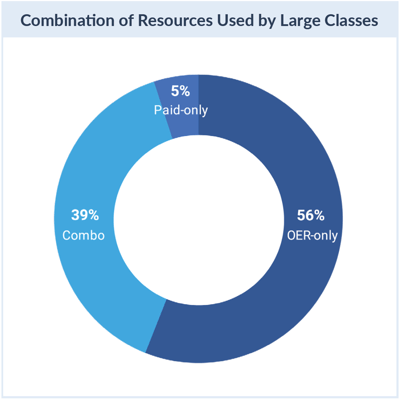 Textbooks remain widely used. However, they are expensive, and the high cost can have a detrimental impact on student satisfaction. 94% of students are responsible for paying for their own textbooks. No teachers-at-scale reported that their institution covered the cost of their students’ textbooks. 58% of all respondents who use paid resources (whether in combination with OERs or not) said their students were responsible for covering the cost of “platforms that offer interactive textbooks.”

We now have an interesting conundrum—what platform benefits are professor’s finding so useful they are willing to take on the cost of the platform? We asked teachers to denote each of the following features as Very Useful, Neutral, or Least Useful. 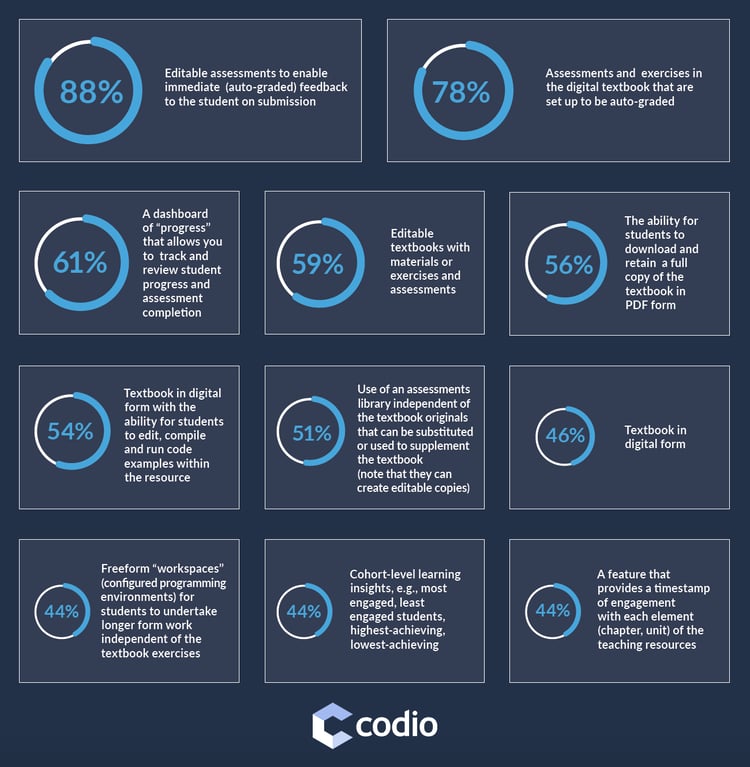 The majority of instructors were interested in curricular assessment resources, favoring editable, auto-graded questions over questions in text or a simple bank of questions. Similarly, instructors ranked editable text over a simple PDF or digital text. This reiterates teachers’ increasing need to customize content for their context. It also emphasizes teachers’ desire for technology to take on some of the grading burden—with much less interest in the analysis of those grades at any level larger than the individual student.

Finally, having considered the challenges, current resources, and the potential benefits in CS Higher Ed, we are left with the question: What would make the cost of switching worth it? With only 65% of teachers actively looking to or open to switching within the next 12 months, it is a high bar. We asked which of the above features would cause teachers to consider switching. 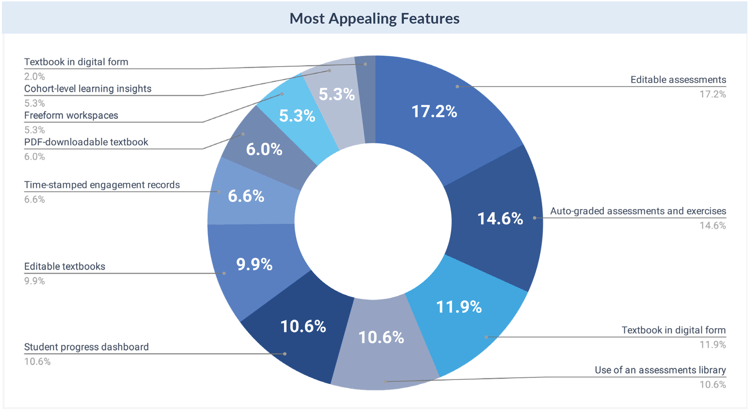 Many of the results were similar—notably, a downloadable PDF and the student dashboard dropped on teacher’s priority lists meaning they are more “nice to have” rather than “need to have.” A digital textbook that allowed students to write and run code jumped from 6th to 3rd on teachers’ priorities list. This feature is interestingly specific to CS; thus, the desire might be due to many more general education platforms not currently supporting this feature.

Codio's robust set of features includes all of those mentioned above, including a library of ready-to-use, auto-graded assessments, rich student learning analytics, and an inventory of editable curricular resources suitable for a wide range of teaching contexts.

When we looked at educators' g...

As the industry moves away fro...